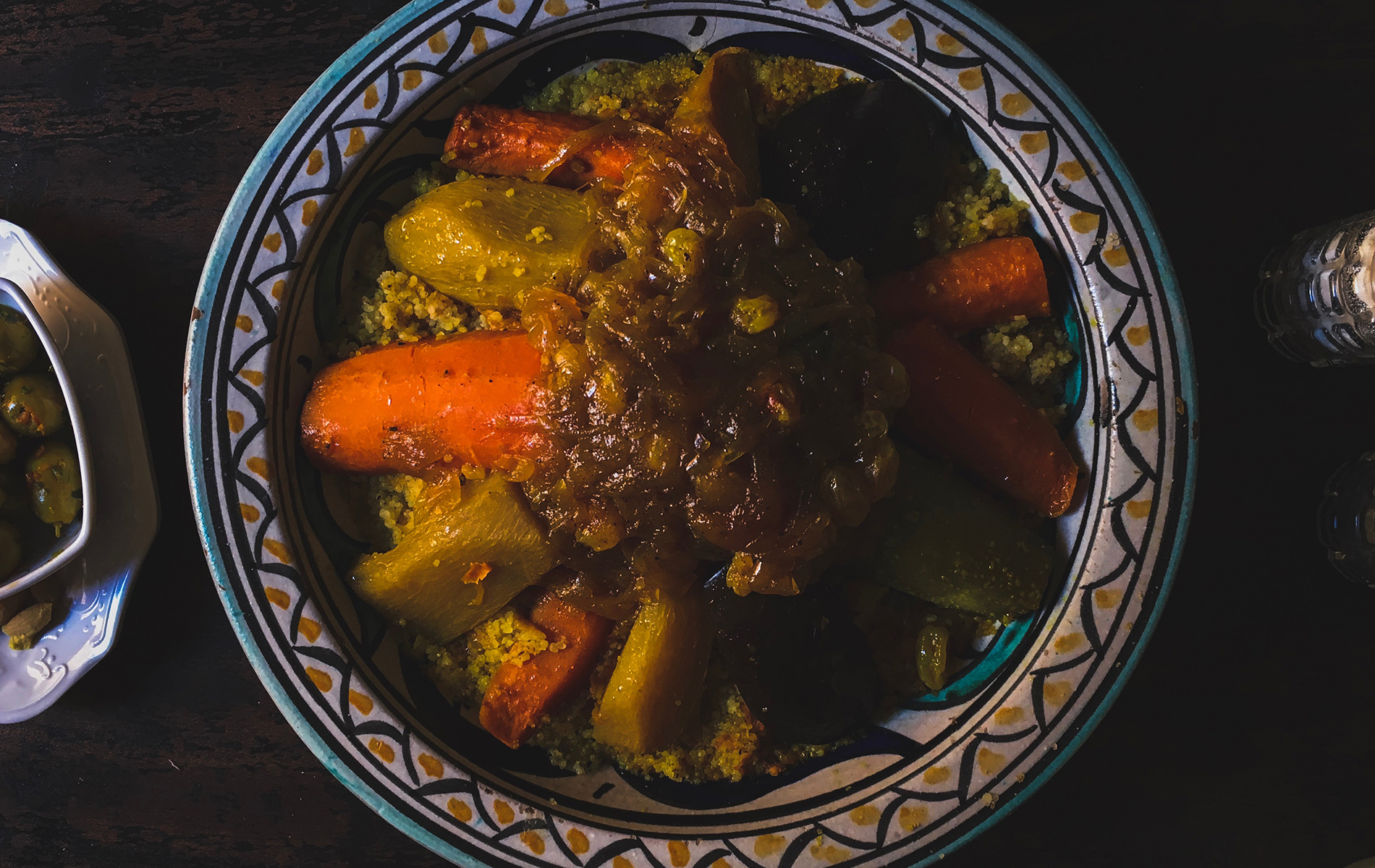 Morocco produces a large range of Mediterranean fruits, vegetables and even some tropical ones. Common meats include beef, goat, mutton and lamb, chicken and seafood, which serve as a base for the cuisine. Characteristic flavorings include lemon pickle, argan oil, cold-pressed, unrefined olive oil and dried fruits. As in Mediterranean cuisine in general, the staple ingredients include wheat, used for bread and couscous, and olive oil; the third Mediterranean staple, the grape, is eaten as a dessert, though a certain amount of wine is made in the country

The main Moroccan dish most people are familiar with is couscous, the old national delicacy. Beef is the most commonly eaten red meat in Morocco, usually eaten in a tagine with a wide selection of vegetables. Chicken is also very commonly used in tagines, or roasted.Lamb is also heavily consumed, and since Moroccan sheep breeds store most of their fat in their tails, Moroccan lamb does not have the pungent flavour that Western lamb and mutton have.

Salads include both raw and cooked vegetables, served either hot or cold. Cold salads include zaalouk, an aubergine and tomato mixture, and taktouka (a mixture of tomatoes, smoked green peppers, garlic and spices) characteristic of the cities of Taza and Fes, in the Atlas. Another cold salad is called Bakoula, or Khoubiza. It consists of braised mallow leaves, but can also be made with spinach or arugula, with parsley, cilantro, lemon, olive oil and olives.

Usually, seasonal fruits rather than cooked desserts are served at the close of a meal. A common dessert is kaab el ghzal ("gazelle's horns"), a pastry stuffed with almond paste and topped with sugar. Another is "Halwa chebakia", pretzel-shaped dough deep-fried, soaked in honey and sprinkled with sesame seeds; it is eaten during the month of Ramadan. Coconut fudge cakes, 'Zucre Coco', are popular also.